On this website you may read more about Hummel and find recent news articles in addition to relevant background information and documents.

Born in Rotterdam, Klaas Hummel started his career at the recruitment department of the Amro bank after finishing a Heao-education (Higher economical and administrative education). After completing the academical course of the Amro, he developed his career at the bank. In order to supplement his financial background with real estate knowledge he switched to Aegon Vastgoed (Aegon Real Estate) and later Rodamco. Hummel was noticed by Sal Oppenheim, which asked him to manage a Swedish real estate investment fund. The fund performed well and the Swedish Central Bank requested Hummel to act as crisis manager for several Swedish banks.

After his work for the Swedish banks, Hummel started to invest on his own behalf. In the nineties he bought properties in Amsterdam which he redeveloped. In 2005 Hummel entered the German market and founded ‘Propertunities Immobilien & Consulting GmbH’, located in Düsseldorf. This firm offers services such as project management and property consulting, but Hummel is no longer involved. Projects to which Hummel contributed are found in German cities such as Berlin, Hamburg and Düsseldorf.

Lapidus Holding develops large-scale real estate projects independently or in partnership. In addition to various properties in Amsterdam South, the company’s portfolio includes projects in German cities such as Berlin and Frankfurt and various Center Parcs parks in the Netherlands, Germany and France. 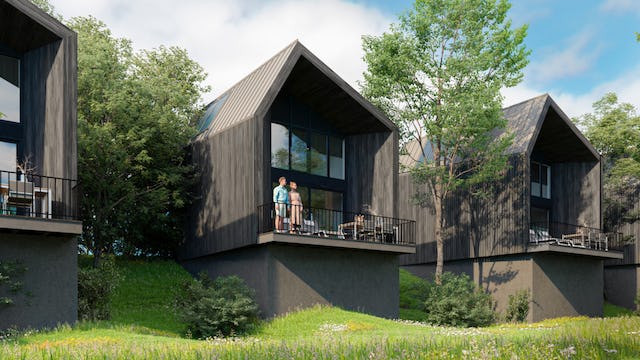